Skip to content
For all progressive rock fans and Tchaikovsky’s “The Nutcracker” lovers, Little Tragedies best Christmas album “Magic Shop” is now available for streaming.
Let it be a healthy and thoughtful Christmas and New Year full of hope and joy! Share your feelings and the music with your family and friends! 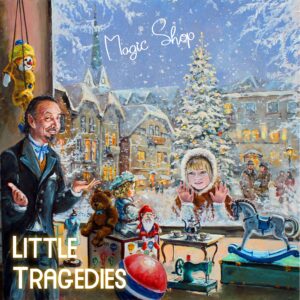