Dating back to 1994, “Little Tragedies” were formed around the graduate of St. Petersburg Conservatory, composer Gennady Ilyin, in the city of Kursk. Their early music focused on the genres of instrumental suite, variations, different combinations of classical, contemporary and rock music. According to Gennady Ilyin, it was more like improvisations without lyrics and vocals – he was just interested in working with ‘pure’ music. 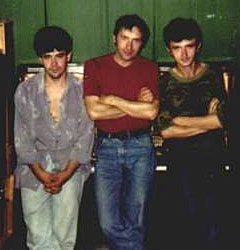 Although in the beginning the band consisted of four musicians, it was still “Emerson, Lake and Palmer”- oriented, with a reliance on the soloing keyboards. However, it was not an imitation, it was just a hint at the starting point. In fact, it was quite a heavy art-rock with an improvisation accent. The first album, called “Little Tragedies I” was not properly recorded in a studio and exists only on an amateur videotape made at the band’s single concert at that time. 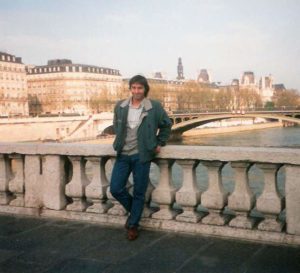 After visiting Paris in April 1995, which impressed Gennady very much, he started working on “The Paris Symphony”. The highlight of this almost 45-minute work is the three-part opus “NAPOLEON” which, in a way, is the heel post of the ‘symphony: it determines the structure and intonation of the other parts: “House of Invalids”, “Notre-Dame de Paris”, “Luxemburg Garden”, “Montmartre” and “Triumphal Arch”. 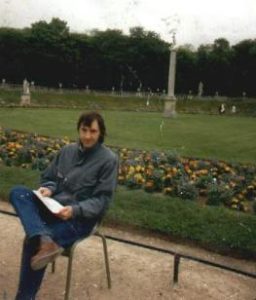 The major themes of “The Paris Symphony” are based on the tunes of and allusions to the Catholic Easter worship service in the Notre-Dame Cathedral. It is true that “Little Tragedies” of that period very much reminded of E.L.P.: a battery of keyboards – drums – bass; heavy rhythm section against the soloing keyboards. “The Paris Symphony” was played a few times in music schools and concert halls of Kursk.

The Christmas season of 1997-1998: it took G. Ilyin a month to compose a fairytale ballet “Magic Shop” with a story about a little girl’s adventures on Christmas. Three years later, with a renewed line-up, Little Tragedies played the “Magic Shop” in Kursk. 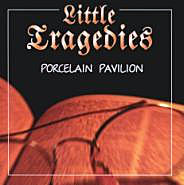 In 1998-1999, G. Ilyin recorded his solo albums “The Sun of the Spirit” and “Porcelain Pavilion” to the poems of N.Gumilev, and instrumental albums “Christmas Music” and “Passions For Titanic” at the “ART-TECHNOLOGY” studio in Moscow. “The Sun of the Spirit” and “Porcelain Pavilion” were released by the label “Boheme Music” in 2000 with the name “Little Tragedies” thanks to the great help of Igor Mikhel (guitar) and Evgeny Shchukin (sound engineer). At that period, “Little Tragedies” were a project of an affinity group rather than musicians, that is why it was decided to keep the original name, as there was still a feeling of a band, though studio-like. There is a video clip left from those times featuring one of the most powerful songs of “Porcelain Pavilion” – “The Road”. 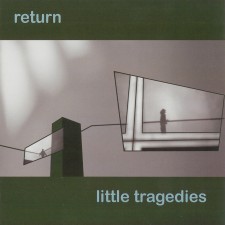 In summer 2000, Alexander Malakhovsky (guitar) and Aleksey Bildin (saxophone) joined the trio. With the full line-up, the band worked on the last album of the trilogy to the poems of N. Gumilev – “Return” (the first were “The Sun of the Spirit” and “Porcelain Pavilion”). The band did a few shows with this music in Kursk, and in spring 2003 presented this project at “SKIF” – the international music festival in memory of Sergey Kurekhin – in St. Petersburg.

In September 2005, “Return“ was released by Musea Records (France), and in March 2006 the MALS label (Russia) re-issued it with a Russian booklet. 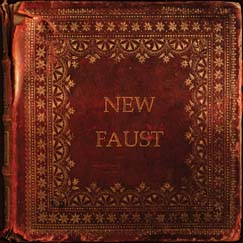 Since the end of 2003, Gennady Ilyin worked on the double album called “New Faust”.  The first ‘draft’ material (5 hours of music) with the themes of New Faust was composed back in 1997-1998. These were improvisations sketching the musical language of the future album. “New Faust” was not intended as an illustration of Goethe’s Faust. Here Faust is not the character of a national drama who is conflicting with the society, but rather a man of the universe seeking ways to cleanse his soul and acquire spirit.